Tell us a little bit about your process and set up when you play live, who handles what?

I’m in control of the Ableton Live setup, using the APC40 mk2. I have the backing tracks stripped down and have key elements spread over 8 channels that I can bring in and out, adding effects / filtering etc etc. Nick is firmly placed behind the Roland SPX SD sampling pads, armed with a pair of drumsticks and giving it some welly. Our set-up is very compact as we do a lot of club shows where we need to squeeze into the DJ booth.

We read that Nick comes from a background in sampling records, is the ethereal vocal on your title track “Tuesday Maybe” a sample and what’s the story behind the track itself?

All the early WOW stuff was very sample heavy , mostly because we didn’t have many synths at the time but also because we come from an era where samplers were the cutting edge of technology and copyright laws hadn’t been updated to deal with what was happening. I do believe that creative sampling is almost a forgotten art nowadays though, there doesn’t seem to be that much crate (youtube) digging going on and a lot of tracks lack that unique character and roughness that samples can provide. As for the vocal in Tuesday Maybe, the wistful wailing is something I cannot reveal but the “Tuesday Maybe” hook is from an English 80s band called Scritti Politti.

Your influences range from Deep House, Progressive, Techno to break beats. How do you go about incorporating all your influences in your music and your sets?

Because I am musically schizophrenic and it just makes sense to bring all the elements I like together under the house music umbrella. I get very bored sticking to one groove for too long and favour excitement and dynamics above smoothness and perfect blending. Saying that, I am a great believer in keyed mixing and preparation. However, this quite often goes out of the window in the heat of the moment.

Any new projects that you’re looking to put out sometime soon?

The WOW album is coming out on June 16th and I am working on Anjunadeep09 which is scheduled for release this fall.

Tell us a couple of your favourite artists on the Anjuna roster?

Jody’s practically a resident of India by now, touring as often as he does, tell us about your most humorous experience here?

Ha, yea I’ve probably been over half a dozen times by now. Love it here, such warm people and very enthusiastic clubbers! The last time I was playing I decided to after party it until the very last minute, staying up until the airport run for the 7am flight home. As luck would have it the flight was cancelled, which resulted in a drunken every man for himself situation at the airport check-in. Slightly more desperate than humorous, but memorable nonetheless.. 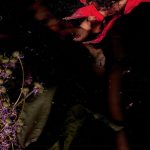 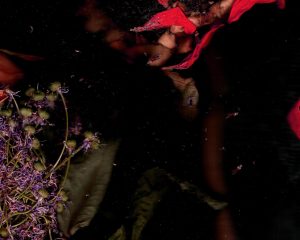 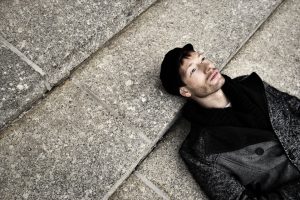